My life was saved by rock and roll 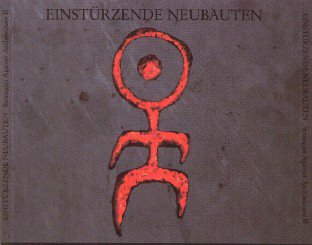 Well, not really. It wasn't like I was poised on the brink of suicide when a chance encounter with a Velvet Underground or Sex Pistols song renewed my optimism and sense of wonder about the world and made me coil up the rope or put down the razor blade.

The title of today's post (which hopefully most of you will recognise as a paraphrased line from the Velvet's classic song 'Rock and Roll': if you didn't, you go buy a copy of the band's 1970 album Loaded immediately) seemed like a good intro to a brief discussion of some of the best gigs I've ever been to, which was inspired by my mention of seeing Nirvana live at the Palace in my 20 factoids tag response.

So, in no special order (because how can you determine a scale of bliss?) here are a few of the most mind-blowing-or-expanding, moving, or simply thrilling gigs I've been to over the past 38 years of my colourful life to date.

Most of my friends are already sick of hearing me wax lyrical about this particular gig. This was an intimate performance by P.J. and her band, live at the sadly-missed Rooftop Cafe in Victoria St, Fitzroy, and broadcast live to air on 3RRR FM. There was an audience of about 150 people squeezed into the Rooftop's outdoor garden, and amazingly, clusters of people on every surrounding warehouse rooftop desperate for a view. Thanks to my position as a volunteer announcer at the station I got in early, and managed to secure a prime vantage point just in front of the middle mic-stand and foldback speaker, beside friends Bec, Mindy and Tom. When PJ and her band came out to play, it turned out that I was sitting literally at Polly Jean's feet.

This was a magnificent, passionate gig that was continued for an extra couple of songs after the broadcast proper had ended. When the band played 'Sheela Na Gig' I almost died from an overdose of sheer joy.

It was also one of the only times in my life that I've had an empathic insight into the attraction of women's breasts for heterosexual men; I was so close to P.J., and looking straight up at her, that every time she took a breath I could see her breasts heave. That makes P.J. one of only two women in the world I've ever had any vague sort of attraction to: the other was the shaven-headed powerhouse Skin, from the band Skunk Anansie.

One of the best things about this gig, by the way, is that you can listen to it by going here, to the archive section of the 3RRR website.

This gig was memorable for a few reasons. I'd bought the ticket as a 21st birthday present for myself, I'd taken a tab of acid, and Neubauten were simply transcendent. Industrial junk, power tools and guitars became resonant instruments that set your internal organs vibrating. An awestruck audience of goths, punks and experimental music fans became a single, seething entity as the band played such songs as 'Der Tod ist ein Dandy' and 'Z.N.S.'

If you're not familiar with the band (which is fronted by the cadaverous Blixa Bargeld, formerly a core member of the Bad Seeds) then I urge you to obtain a copy of the DVD/video 1/2 Mensch, directed by Sogo Ishii, which combines stunning live footage from a Japanese tour, surreal and disturbing filmclips, and menacing, post-apocalytic interludes introducing the various band members. You should also grab the two-disc CD compilation Strategies Against Architecture II, which provides a great synopsis of the band's first decade.

I'm pretty sure it was the first Melbourne Big Day Out where Nick Cave and the band played at sunset, at the end of a hot and humid day, just as a thunderstorm and cold front rolled in from the west. Thunder, lighting, and Nick's crows-nest hair and voluminous shirt whipping and flapping in the sudden wind. When the gods provide your band's special effects, you know you rock.

I'm gonna end the list here, cos otherwise I'll be writing this all day. Suffice to say there are plenty more memories where those came from, many of them suffused with late nights and sticky carpets at the Punters Club (RIP), The Tote, The Empress, The Corner, The Richmond Social Club (RIP) and many other great venues. Long live live music!

Posted by richardwatts at 5:36 am

Man..... you are reigniting my burning, painful sense of dissatisfaction that I wasn't born a few years earlier... for reasons like; missing out on awesome rock shows. I thought I'd finally gotten over it too.

Sadly my life has been devoid of mega gigs.. I can't say I've ever been to a truly mind-blowing show. The only two that even close were:

The first set was a wall of noise; out of key, out of time, but with such ferocious power, I don't think anyone knew quite how to react. Avant-garde to the extreme.

The second set was some of the most amazingly melodic, ethereal improvisation I've ever heard in my life. Tony Buck worked up to a 4/4 beat, and by the end of the set people were dancing quite openly.

I only mention this because the opening act was Dave McCormick, and as an encore they both got up on stage together and banged out a 20 minute version of Dylan's Tangled Up In Blue.. Best encore ever.

Pretty pissweak list.. I really should get out more. :p

By the way, have you seen Van Sant's new movie? Last Days, I believe it is..

Gun Street Girl: Don't worry, I have that gnawing dissatisfaction too. I never got to experience the Melbourne punk scene in the late 70's-early 80's for example. Sigh. And part of me would love to have lived in the 1940's and 1950's so that I could have had the chance to see Jack Kerouac reading his work live. Dammit, where's a time machine when you need one?

Millwood: Nah, ain't seen Last Days; I missed its brief theatrical release, guess I'll have to wait for the DVD. Any good? I loved Elephant and Gerry though.

Oh, and I've just edited this post and added a bunch more musical highlights, having actually had a few hours sleep at last.

Could you tell me more about Einstürzende Neubauten? Afriend once said they thought I'd appreciate them, but I was drunk and forgot to take the cd home with me, are they anything like Throbbing Gristle?

Are Neubauten like Throbbing Gristle? Not really, I'd say ... but then again I'm not as familiar with Throbbing Gristle as I probably should be. They combine cacophany with melody, especially on their more recent albums. They imbue their quiet moments with menance, but can also invest their brutally abstract songs with frightening bursts of noise, and a sense of dread and catastrophe. I think they're amazing, but they are an acquired taste...

I miss the Punters so much ... the first time I ever went there was circa 1991 when I was a little shoegazer girl - Sydney band Jupiter was playing, as well as the stripey-shirted Splash. I would kill to feel that sense of wonder and excitement again.

I had a fixation on Blixa Bargeld round this time too. I've always loved things/people that scare me.

Nice list Richard - I am proud you have stuck to yr guns - I often catch you doing yr rrr show and quietly reminisce about the old days. What ever happened to ian cook - I think the last time I saw him was at the giant anti war rally a decade or so ago. You forgot to mention One inch punch - one of my favorite bands to see back then - would be great if going out was like that these days - maybe see you at the shellac show in October ?

Just some random idiot from way back when.

Cheers Anon - I still see Cookie around from time to time; he's still mixing gigs and seemed pretty happy & well the last time we caught up (which was admittedly a while ago...).